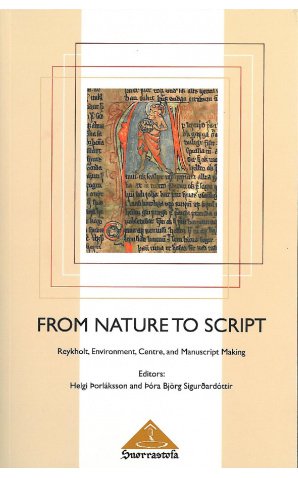 From Nature to script

This book contains ten articles concerned whit
Reykholt, in Borgarfjörður, Iceland. Its main
concern is the well-known poet,scholar author
and magnate Snorri Sturluson , who turned
Reykholt into a center of importance -
politically , ecclesiastically and culturally -
and his time. His period was one of expansion
and even granduer, despite his tragic fate in
1241 AD. The articles in this volume touch upon
the environment, resources, centrality, church
and manuscripts of the settlement of Reykholt.
It opens with articles on natural resourses, and
ends with consider action of the scribal
activities which were facilitated by those
resoreces ,which explains the title of the book,
From Nature to Script.