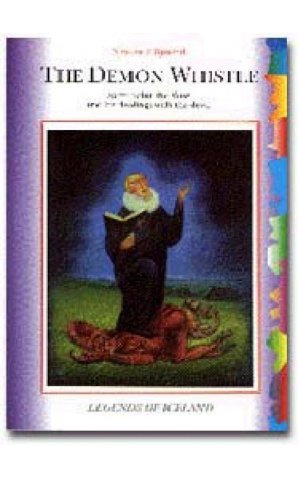 Sæmundur the Wise and his dealings with the
devil. Many stories have been told about
Sæmundur the Wise, who was renowned as a very
clever magician - even though he was a priest.
The most important ones are about his endless
encounters with the devil, and how he always
succeeded in outsmarting him. He was so
brilliant that it was generally presumed that he
had learned his skills from Old Nick himself
while he was studying in his younger days at the
Black School in Paris. However, Sæmundur had
obviously surpassed his master in using his
wits! Here the reader can get acquainted with
this legendary person who lived in Iceland many
centuries ago, and enjoy the most famous stories
about him as they are retold in a fresh and
humorous way for a modern audience.