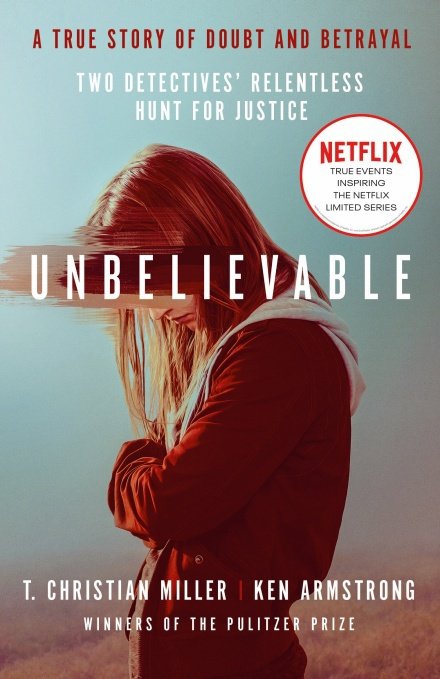 On 11 August 2008, eighteen-year-old Marie reported that a masked man had broken into her home and raped her. Within...

On 11 August 2008, eighteen-year-old Marie reported that a masked man had broken into her home and raped her. Within days, police â and even those closest to Marie â became suspicious of her story. Confronted by inconsistencies and doubt, Marie broke down and said her story was a lie. The police convicted her of making a false report.

More than two years later, Colorado detective Stacy Galbraith was assigned to a case of sexual assault. It bore an eerie resemblance to a rape that had taken place months earlier in a nearby town. Joining forces with the detective on that case, Edna Hendershot, the two soon discovered they were dealing with a serial rapist, and yet another victim.

Unbelievable is a chilling tale of doubt, lies, and the hunt for justice, unveiling the disturbing reality of how sexual assault is investigated and the long history of scepticism toward its victims.