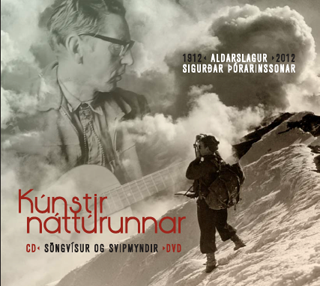 This CD/DVD set commemorates the centennial of the birth of Sigurður Þórarinsson (1912-1983).

This CD/DVD set commemorates the centennial of the birth of Sigurður Þórarinsson (1912-1983).

Dr. Sigurður Þórarinsson was an internationally known Icelandic geologist, particularly in the fields of volcanology and glaciology. He introduced in the middle of the 20th century a dating method based on ash layers, tephrochronology, regarded at the time as a pioneering achievement.  He studied mainly in Sweden but most of his work was carried out in Iceland.

Apart from his accomplishments in geology Sigurður became very popular in Iceland as the author of many songs set to different international melodies. On these disks can be found examples of Sigurður's contributions both as a songwriter and a scientist.