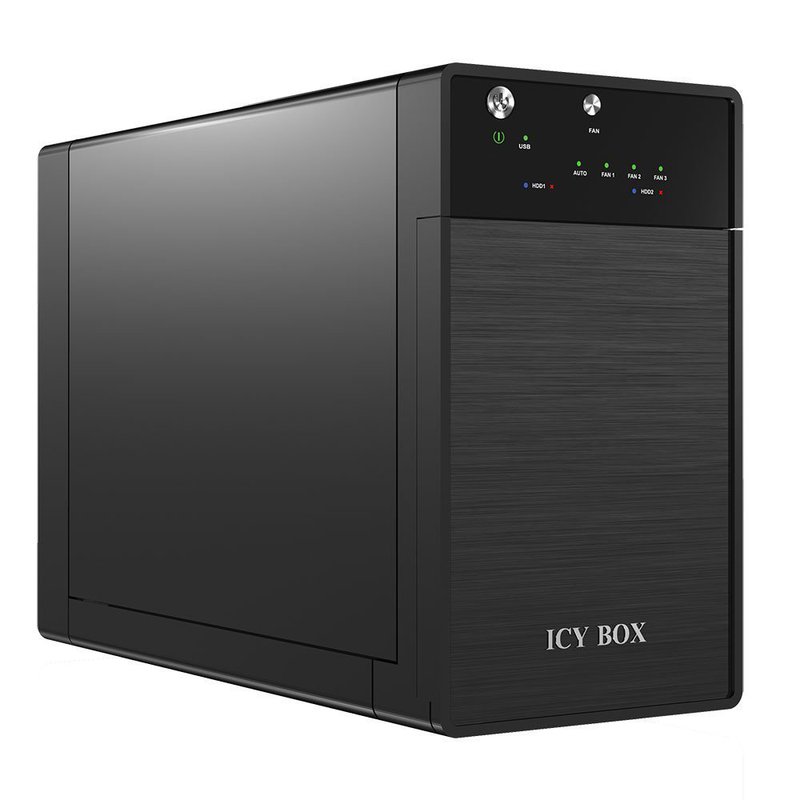 Product Description
The ICY BOX IB-RD3620 is a 2-bay RAID system for fast working with great amounts of data. The high grade aluminum housing holds up to two SATA HDD, the installation is completely tool-less. The fast interfaces (eSATA, USB 3.0) provide high performances with PC and MAC. Thanks to the thermal controlled fan, the IB-3620S's operation is silent and the HDD are always cooled Detailed description for RAID modes of IB-RD3620SU3 JBOD (RAID 0 Spanning) Spanning concatenates multiple hard drives as a single large volume; resulting in a seamless expansion of virtual volumes beyond the physical limitations of separately connected hard drives. The data are written from HDD1 to HDD2. JBOD (Single) Hard drives are being handled independently as separate logical volumes where files are stored. RAID 0 (RAID 0 Striping) Striping is a method of concatenating multiple hard drives into one logical storage unit. It is the automated process of writing data across multiple drives simultaneously. Striping is used to increase the performance of disk reads. The multiple hard drives will write data in "column" effect. If one drive in a striped set fails, all of the data in the stripe set is lost. RAID 1 (RAID1 Mirroring) Mirroring is the automated process of writing data to multiple drives simultaneously. Mirroring is used to provide redundancy. If one drive fails, the redundant drive will continue to